⚫️ Black Friday is here! Get the best deals of the year in Monster Legends!

Battle with the ultimate legends and lead them into action in this online strategy RPG game! Breed, feed, raise and train Legendary and Epic monsters, then start fighting in the arena.

Collect Monster Legends to uncover their fighting skills and boost your strategy in action packed RPG battles. Build a world in the game for monsters to live, fill it with habitats and breed new species! Take your monsters on exciting quests and arena battles full of strategy. Only then will you be able to prove yourself a Master of Monster Legends!

If you’re all about multiplayer games, you’ll love Team Wars, where you’ll be able to duel other Monster Masters and win magnificent rewards and War Coins you can use to collect the exclusive monsters in the Team Shop.

Join your friends and connect with a Monster Community of over 60 million players. Start today!

DISCOVER NEW LEGENDS
- Collect incredible monsters of all types in limited-time events!
- Fight in special events made of wonders and dangers packed with role playing action and unknown monster adversaries. Be a hero!
- Collect treasures and rewards in your quest to glory.

RPG PROGRESSION & STRATEGY
- Level up your monsters and give them boosts for the battles ahead.
- Your monsters will become stronger as you rank them up in the Monster Lab and equip them with runes!
- Set your monster teams strategically, combining the attackers, tanks and control monsters that work best together.
- Battles will require strategy and tactics if you want to rise to the top of the rankings!

MULTIPLAYER BATTLES!
- Fight PvP battles in the Multiplayer Mode each season for trophies, rewards, and a chance to reach the Legendary Leagues and become the Legendary Leader!
- The monsters in your Defense Team will need to be strong to protect your trophies from being stolen by other Monster Masters.
- Team Wars is the ultimate Multiplayer experience: Join or start a team, build a strategy with other players and obtain exclusive monsters from the Team Shop!
- Team up with your friends, fight and measure your battle strategy and strength against other players.

BUILD A MONSTER PARADISE!
- Build a Monster Paradise and fill it with everything you need: A Breeding Mountain, Habitats, Temples, and more!
- Unlock special spots in the islands, like the Library, the Temples of the Guardians, and the Monster Lab!

Are you brave and skillful enough to fight for your chance to become the #1 Monster Master in the world? Find out with Monster Legends, the action RPG that will put you in charge of a fantasy monster empire!

Other great titles by Social Point: Dragon City, World Chef and Dragon Land. Check them out!

Monster Legends is FREE to download and FREE to play. However, you can purchase in-app items with real money. If you wish to disable this feature, please turn off the in-app purchases in your phone or tablet’s Settings.

If you love your monsters, make them smile. Drop us a nice review here! 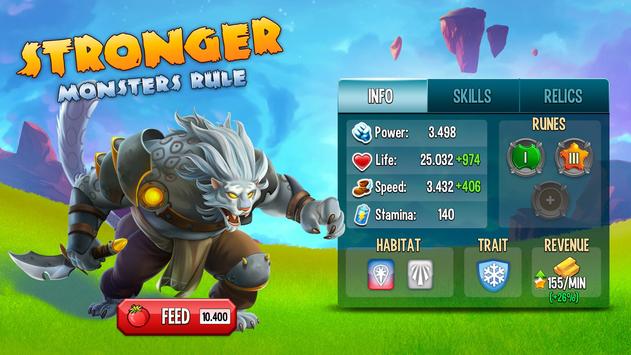 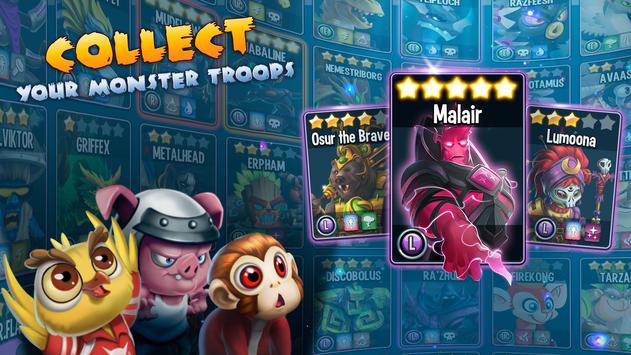